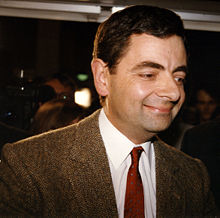 It’s almost exactly forty years since I got my first paying job in the arts, when, as a second year undergraduate, and by a complicated route, I had the great good fortune to fall into the post of classical music critic for the Glasgow Evening Times. So I think I’m justified in indulging in a bit of ‘now and then’ comparisons. Anyone with a strong aversion to nostalgia can skip this strand in the blogs. This week: how I covered the Edinburgh Fringe. All of it.

Getting that job at the Evening Times probably helped a lot three years later when, in 1976, as a new graduate, I applied, successfully, for a one year traineeship with BBC Radio, based in Edinburgh. At that time Scottish radio programmes were an opt-out from the Radio 4 UK schedules, and my primary job was as Research Assistant to a daily magazine programme, ‘Twelve Noon’ (guess when it was broadcast) which was the Scottish replacement for the then fledgling ‘You and Yours’. The last weeks of my contract coincided with the Edinburgh Festival. Now, while the ‘official’ Festival was covered by a weekly review programme, in that rather more ad hoc and informal environment the BBC Edinburgh team had no set formula for covering the Fringe, but decided that year that it should feature as a daily insert to ‘Twelve Noon’.

So, as a still wet behind the ears trainee, I was given a studio, a team of reviewers and a technician–all older and vastly more experienced than me–and told to provide ten minutes a day on the Fringe. I was editor, producer, scriptwriter, presenter, interviewer, and recorder of ‘live’ extracts, and there was no time for anyone more senior to check what I put together—the newly edited tape would simply be slipped into the programme’s running order just minutes before it was due to be aired. It was possibly the best fun I’ve ever had and been paid for.

And that year, 1977, proved to be a vintage Fringe for new talent. We got a tip that the Oxford Revue was going to be worth checking out as, most unusually, it was a one man show. But then, that one man was a gangly, odd-looking young fellow whose memorably sardonic tone of voice constantly caught his audience off guard. His name was Rowan Atkinson. And he was unforgettable. That show we heard about just after it opened, but I also managed to get in and record an extract from what would be that year’s biggest hit, before it actually opened. Three of the actors from 7:84’s famous The Cheviot, the Stag and the Black, Black Oil –Bill Paterson, John Bett and Alex Norton—were reuniting to stage the first play by the artist who had created the memorable ‘pop-up book’ set for the Cheviot. The artist was John Byrne, the play was Writer’s Cramp, and the rest is history. By a happy coincidence,  the play is being revived for the first time in many years for the Lennoxlove Book Festival in November.

Another of the hits of that 1977 Fringe was revived at last year’s Fringe. Glasvegas – a comedy musical and nothing to do with the indie band of the same name—launched the careers of its creators, writer and director Morag Fullerton, and composer and sometime actor, Pat Doyle, who, by another coincidence, would go on the following year to play Hector in John Byrne’s next play, The Slab Boys. In the 80s, as Patrick Doyle, he would become house composer for Kenneth Branagh’s Renaissance Theatre Company, and via Branagh’s film of Henry V, go on to become one of Hollywood’s most talented and successful film composers.

Both last year and this, the media, online and in print, have been full of op-eds about whether the Fringe has become too big, and also too expensive both for participants and for ticket-buyers. Certainly, I’d be very interested to know if anyone has any views on whether new talent like John Byrne, Morag Fullerton and Patrick Doyle would get spotted in today’s Fringe, without the benefit of the media interest that inevitably attaches, for example, to new acts coming out of Oxford or Cambridge.

I’m pretty sure that it would be very hard, if not impossible, to do now what I went on to do in 1980, which was to put together a company of student and aspiring actors for that year’s Fringe. We were facing a number of obvious disadvantages: I had chosen to stage the English language premiere of a play by the ‘Spanish Shakespeare’, Calderon de la Barca: The House with Two Doors. At that time, prior to high profile productions at the National and the RSC, Calderon’s name was barely known outside academic circles. But I had a good friend, John Clifford, who was a Spanish Golden Age specialist and very interested in translating Calderon for the stage. Our venue wasn’t the most prominent: a school hall near the Art College, some distance from the gravitational centres that were already emerging among Fringe venues. And of course the actors were all complete unknowns. My only ‘name’ was the composer and Whistlebinkie Eddie McGuire–I had got a Scottish Arts Council grant (yes, a grant!) to commission him to write the incidental music.

The House with Two Doors

Yet over a two week run we averaged around 30 paying customers a night, got two decent reviews (one in the Scotsman), and the whole venture only cost me £200—say two thousand in today’s terms . Worth every penny. John (now Jo) Clifford went on, of course, to become one of Scotland’s most prolific and internationally-recognised playwrights. Several of the cast became professional performers, one later joining the BBC Radio Repertory Company. Our make-up artist has gone on to have a successful career in TV and Film make-up. And as for the builder of the eponymous doors—Reader, I married her.