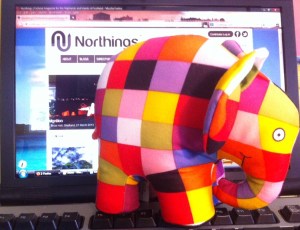 I started writing this as the last elements of HI~Arts were being shut down around me, computers being wiped, permanent out of office notices put on email addresses.  But I’m not going to write about that.  I want to flag up just one aspect of our 23-year history—the online arts magazine Northings.com.

It has been a perennial, and entirely justified, complaint that cultural activity in the north of Scotland doesn’t get the coverage it deserves in the national media.  As newspaper budgets have shrunk, and local stringers have been cast off, that problem has, if anything, become more acute.  Knowing that, I was also conscious of the transience of all such cultural activity, the lack of any permanent, public record of what happened, when, and what people thought of it.  This had been forcibly brought home to me when I tried to find online any history of Glasgow’s Third Eye Centre, where I worked in the early 80s.  One of the most significant cultural initiatives in Scotland in the last half century had virtually no online presence.  Happily, that’s now being sorted, with a major research project under way to document all Third Eye’s archives, and those of its successor the CCA.

So Northings had two main aims: to tell the rest of the world what was happening now, and to build up a long term record for future readers of what happened then. In ten years Northings posted over 1700 reviews of events from Shetland to Argyll and Benbecula to Moray, and over 700 features on artists and arts companies working in the Highlands and Islands.

For a website with a contemporary focus, Northings.com was a defiantly old fashioned model.  It was not ‘crowd-sourced’.  It had the inestimable Kenny Mathieson as its editor for its entire ten year history, bringing a wealth of experience from the world of print arts journalism.  All features and reviews were directly commissioned, and all the writers were paid a going rate for their work.  Northings carried no advertising, so that there could be no suspicion of special pleading, although for a brief period we did flirt unsuccessfully with automated links to Amazon.

So, Trip Advisor for the arts this wasn’t.  And I believe that that was what gave it its strength and credibility.  Don’t get me wrong, I have huge respect for the power and the collective intelligence of crowd-sourced judgements.  I use Trip Advisor regularly, and am often swayed by ratings on Amazon (other online retailers are available). But, for our purposes, crowd-sourcing had two drawbacks.  First, for many of the events involved, there simply wouldn’t be a big enough critical mass of individual opinions and, secondly, we wanted to build a recognisable credibility for our individual writers, so that their positive reviews could become calling cards and marketing tools for the fortunate recipients. Of course, that meant that the negative reviews carried a similar weight, a factor that dismayed some of our subjects!

Hence the need for an experienced editor, who could guide writers new to the discipline, and apply the necessary (and often modest) subbing required.  Hence also the avoidance of advertising—this was all about integrity and credibility.

Above all, what Northings gave its writers and readers was space-space to describe, analyse and reflect on a performance or an exhibition in depth and in detail; space, where appropriate, to provide context.  Writers like Georgina Coburn in Inverness, Ian Stephen in Lewis, and Morag MacInnes on Orkney had the space to devote, if they wanted, 1,000 words or more to a review that, in the national press, would have barely merited 200. Again, that’s counter-intuitive. After all, the Web is supposed to be all about sound bites and a lack of sustained attention. But perhaps that’s just another untested assumption.

Technically, Northings is not a costly site, because being based on the estimable WordPress platform, it’s cheap to host and easy to use—our writers could use the ‘back end’ to post their reviews and features directly, leaving Kenny only to sub and approve them. The cost of course lay in the fees, to editor and writers.  Nonetheless, the total budget was still less than that of a specialist publication such as the new writing journal Northwords Now.  In its ‘tabloid’ format, free to pick up, Northwords Now produces 7,000 copies per edition, three times a year.  Online Northings, by comparison, received around 6,000 unique visits for each of its monthly  editions.   So, as a means of disseminating knowledge, it was cost-effective.

Northings still exists.  As part of the process of winding up HI~Arts we paid for an additional year’s hosting, to March 2014.  Its huge archive of reviews and features, a unique picture of a decade’s cultural activity, will remain fully accessible and searchable throughout that period.  So, if anyone out there has a vision for reviving Northings, in a way that will be faithful to its original concept, the gauntlet is thrown down—feel free to pick it up!